Super Mario Run is the first mobile game of Nintendo. The game was downloaded over 10 million times on its first day of release, breaking the record on day one.

Super Mario Run still maintains the original backstory, battling against Bowser to rescue Princess Peach and save the Mushroom Kingdom. The main difference is having this plumber run forward automatically, paired with simple controls by a tap only. This game is designed to be played with one hand. 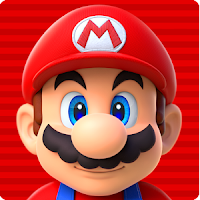 What are the great features of Super Mario Run?

- An auto-running platform game.
- Three principle game modes, including World Tour, Total Rally, and Kingdom Builder.
- Be able to interact with other players by competing.
- New playable characters: Peach, Yoshi, Toadette, and Luigi.
- New types of jumping.
How does it work?

Nintendo added an easy mode in Super Mario Run. Just by tapping the screen, players can make him jump, midair spin, or wall jump to collect coins and reach the goal.

- World Tour: contains 24 levels across six worlds. General speaking, this mode has the same concept with its original version: rescue Princess Peach from Bowser’s clutches.
- Toad Rally: where the player can compete against other players. Gather as many coins as possible and get more score by showing off your tricks to win the battle.
- Kingdom Builder: Using all the coins you collected in two previous modes to build your Kingdom. 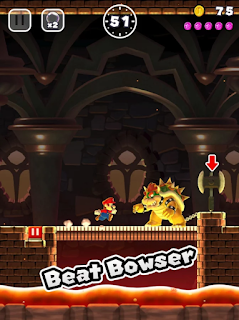 Based on its huge origin, this addictive game offers new experiments to sink your teeth into.